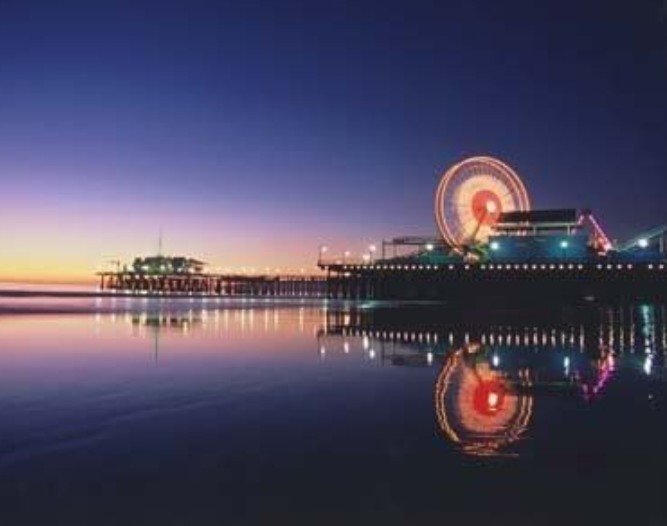 Eddie, an old maintenance guy working in an amusement park dies while saving a little girl in a ride gone rogue. He goes to heaven where he is told that he will meet five meet who have somehow influenced his life. And so he meets:

(a) The Blue Man, who actually worked in the amusement park and died while saving a young Eddie. He learns from him that everyone is connected to everyone else.

(b) The Captain, who was his senior when Eddie was in the war field. The Captain had died trying to make sure that his subordinates were safe. Eddie learns the importance of sacrifice.

(c) Ruby, who was the wife of the initial owner of the amusement park. She teaches him forgiveness. From her, he learns the truth about his father, with whom he had stopped speaking years before he passed away. He forgives his father for all the good and bad things between them.

(d) Marguerite, his wife who died from a tumor. He learns the importance of love from her.

(e) Tala, a small girl that Eddie had tried saving during war but couldn’t. He learns that everyone has a purpose in their lives.

And now, I whine.

What on earth is the plot? From what I read, Eddie was a good man. It wasn’t like he was a criminal that he needed these life advices after his life to become godly. Like, take the example of his wife. He loved her the entire time. They were in so much love. They had their ups and downs but their love withstood it all. Then what was the point of meeting her after death and learn about eternal love?

The sacrifice thing? Like I said, Eddie was a good man. He knew the importance of sacrifice and forgiveness before he died.

The entire time I was like “What is the point?”. Most of his lessons were because he went to war. What if he hadn’t? And what’s this need to become godly to enter heaven? He entered as a human soul with human bruises and faults. But he wasn’t allowed to be peace as such. He had to go past these absolutely stupid phases to gain peace. What’s so bad about being a human that you would cleanse it so much?

Wow, the whole book doesn’t make sense to me at all. Maybe it’s not my kind of book.

I am a software engineer who enjoys reading a book or two to deal with the abundant atrocities of life. View all posts by Atticus